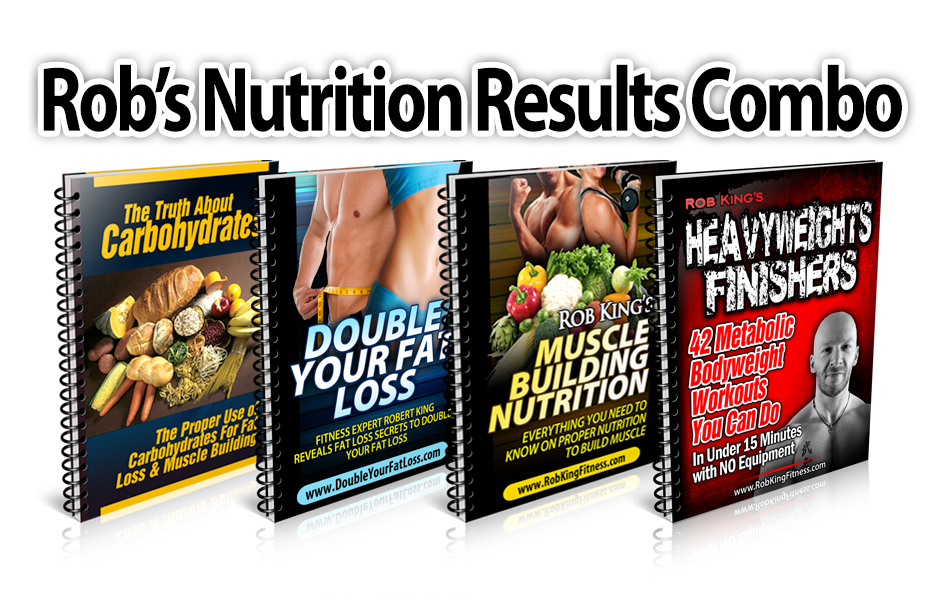 If you are not happy with my books or programs get a 30 day money back guarantee.

The Truth About Carbohydrates

They are the one nutrient that everyone loves but yet hates at the same time.  If you've been around the fat loss diet industry for a while, you've likely heard by now that if there's one thing you should be cutting out of your diet plan, carbs are it.

There's no shortage of low carb diets out there and it seems everywhere everyone is rapidly tossing out their loaves of bread, their plates of pasta, and their boxes of cereal, all while replacing these foods with protein or fat rich choices instead.

Likewise, if you walk down the aisles of any major supermarket, you're going to find that you're quickly met with hundreds of different 'low carb' options that are now on the shelves.

Food manufacturers are not sitting by in ignorance at the fact that most people are shunning carbs from their dietary regimes and are quickly replacing their former carb-rich products with low carb varieties that they hope will keep people shopping for their brand.

How this low carb bandwagon initially started would be hard difficult to pinpoint, but you can definitely be certain that one diet plan that had a very large impact was the creation of the Atkins diet plan.

This plan virtually gave everyone permission to eat protein and fat rich foods to their hearts content.

Steak, eggs, bacon, cream, sausage – if it was low carb, it was allowed.  There were no other restrictions with the diet plan except for the fact that it had to have a very low total carb count and many people rejoiced as they started adding many of the foods they initially thought were too high in cholesterol and calories back into their plan.

Then they started losing weight.  Some lost more than others, but it appeared as though there was something to this 'low carb business'.

And so it began.  From the Atkins diet plan, hundreds of other variations came out that all reduced the carbohydrate content of the diet to help promote faster weight loss in all those who were frustrated with feeling hungry, deprived, and completely disgusted with their lack of progress.

But, are carbohydrates really to blame?

Are carbohydrates the big evil we're making them out to be?

The problem is that most people don't have a very good handle on what benefits carbs provide in the diet, what reducing them will do to you, and whether or not this is actually the effective dietary strategy that you think it is.

That's why we're going to set the record straight.  Once and for all, I'm going to share with you the truth about carbs.

You're going to learn what this nutrient is all about, why you don't necessarily have to completely cut it out from your diet to see results, and why in some cases, low carb diets can do you more harm than good.

After you're finished reading through this manual you're going to have a very good idea of what the carbohydrate is all about and how you should go about tailoring your diet plan to accommodate this new information presented.

You'll no longer feel lost and confused as you go about your diet plan, wondering which carbs, if any, are okay to eat and how to go about adding them to your meals.

You'll have clear cut answers that allow you to know with confidence that you're doing everything right.

If you're looking for a maximum rate of fat loss using a safe and effective method that is going to guarantee that you keep that weight off in the long run, you've come to the right place.

Welcome to Double Your Fat Loss.  In this book, I'm going to share with you the hardcore dieting basics that you must know.  I've stripped away all the 'noise' that you may be overwhelmed and confused about with past approaches and am delivering you nothing but the cold hard facts.

The truth of the matter is that there are WAY too many different diet programs out there, each with their own 'hook'.  Some will work great, while others will not work at all.

For the fat-loss consumer, it can get extremely difficult to learn which ones are worth your time and which are just going to waste it.

Since I know that you want to get that fat off your body and quite frankly simply cannot take another failure when it comes to a diet, I've devised this book which is not only going to show you how you can lose weight but also how you can keep it off forever.

We're going to get into the main dietary myths and facts that you need to know so you can set the record straight.  One of the most common issues that occur with those on a diet is that they start off great, but then after a week or so into the diet, they catch word of something else – some other newer technique that's promising even better results.

Avoid jumping ship.  With this program we're going to go over everything you need to know for a successful weight loss.  You're going to learn the basic principles that fat loss is made up of so that you can easily spot a scam from miles away.

All of those quick fix diets may work in the short term, but you must realize that by devoting precious days to them, you're really just wasting your time.

After all, what good is it to lose ten pounds if it's right back on you two weeks later? Sure you may look good for that one week and get that supreme 'high' from sporting your lean body but that's more like a teaser than anything else.

You're going to experience the degree of leanness that you've been looking for, only to have it yanked away from you as soon as you go back to normal eating methods.

The goal of this approach, however, is to change your normal eating methods.  This isn't about crash diets and it certainly isn't about restricting your food intake so your food choices are limited to just five bland foods.

We're going to show you proper methods to cut the fat without killing yourself over it and feeling like you may just die in the process (and I'm sure if you've been on a diet or two in the past, you know very well how close to death you may have felt).

For the most part, diets are not fun.  You're restricting food, cutting back on all the stuff you really enjoy eating, and you may even become slightly less sociable because of it.  It's not uncommon for a dieter who is very determined on their pathway to turn down a dinner or party invite because they know the temptation to cheat will just be too high.

But we'll solve that with this plan because periodically you'll have no problem going out to eat with your friends and eating whatever you want. In fact, it's going to actually help you lose weight (you'll see why later).

No diet should ever be so restrictive that it entirely interferes with your life and is impossible to maintain because when that's the case, it's only a matter of time before you're off that diet and back to your usual routine.

A good diet must work with your lifestyle so that sticking to it doesn't feel like it's the greatest challenge of your life.  The moment that's what your diet becomes is the moment that you might as well throw in the towel because you are headed for trouble.

However, when a diet works with you and is something you actually enjoy maintaining and feel good about, that's when the entire fat loss process becomes ten times easier and you can once and for all shake this weight that's clinging onto your body for good.

Let's get right into it now and get you acquainted with what it takes to double your fat loss and keep that fat off permanently.

One of the biggest reasons why most people who set out on the goal to build more lean muscle mass do not succeed with their efforts is simply because they are not spending enough time focused on making it happen in the kitchen.

They'll go into the gym day in and day out, working as hard as they possibly can and expect the phenomenal results to just follow.

And they grow frustrated.

Wondering just where they went wrong.  They think they're giving 100% of everything they've got, but little do they realize they are really only giving 50% of what they've got.  They have the workout portion down pat – without question they know exactly what they should be doing each and every day in the gym.

It's only when you then feed the body the nutrition it needs later on that you're going to build yourself back up stronger and get that muscle growth that you're looking for.  If you don't feed the body, you won't grow, plain and simple.

This is something that far too many people overlook.

To put it in perspective, let's say I gave you all the tools you need to build a house as well as supplied you with an entire crew of men to build it, but then forgot to give you the actual bricks.  How far would you get?

Unless your goal was to build a house of air, you're obviously not building much.  No amount of manpower is going to make up for lack of building supplies.

This is very similar to building muscle mass.

You can go into the gym and perform the exercises as often as you want but without those raw materials to generate more muscle mass with, you're literally just swinging hammers around.  Not very effective, is it?

This is why you need nutrition.

Without the nutritional component in the game, you literally are sitting out of the game. 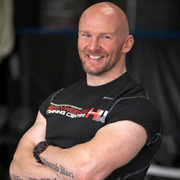 Coach Rob is the founder and creator of Wome Who Lift Weights. He has been involved in fitness for    over 25+.
Along with running and owning Heavy Weights Trainnig Center Coach Rob trains women in many areas.

Rob is also a competitive PowerLifter and has won 2 Worlds Medalists.

He is also a National and Common Wealth Record Holder and Champion.
Coach Rob has helped thousands of women lose fat, build muscle, get stronger and live healthier happier lives.